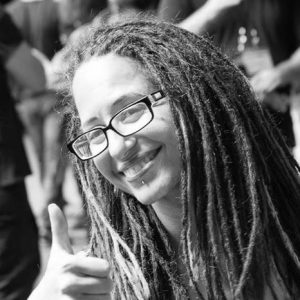 Polyhedric figure active in the Italian independent movie industry. Member of Wild Up b-girl Crew, she has always been active into the hip hop community. She directed two hip hop documentaries “1 world under a groove” and “Break the siege” and the video experimental “The antisexist manifesto in the Italian rap”. She is one of the founder of Baburka Production; She is also one of the founder of the first Italian SFX makeup association “EffectUs” and the promoter of the independent cinema productions network “Il Cartello degli Indipendenti”. Moreover she is the art director of the HipHopCineFest.org. 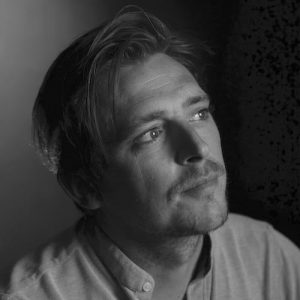 Passionate about the image professions since his youngest age in 2020 he made his first documentary Saltimbanque as director, In 2021 «TOUCHÉ» about Senegalzelle in Nepal (it is an organization that helps children who do not have the necessary material to follow their schooling).
I work as an editor but I am also a director. I produce long-format documentaries and sometimes I also edit clips and trailers for punctual clients.Always looking for new projects, I am eager to learn new things and new techniques. 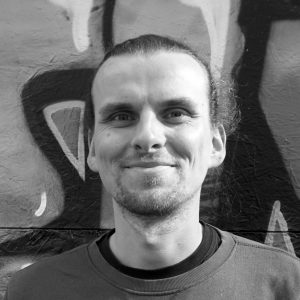 Actively breaking in the scene for more than twenty years, he has been working for the Battle Of The Year World Final for many years, organizing events like the BOTY Movie Night and the Bgirl Battle. He studied Media Studies at the Film University Babelsberg and was organizing the Sehsüchte – International Student Film Festival in Potsdam. He is the co-founder of the HollyHood Filmfestival – Hip Hop & Social Justice that has its home at the Film museum Potsdam, the oldest film museum in Germany. Currently he is working for a nonprofit organization in Berlin in the field of digitalization and civil society. 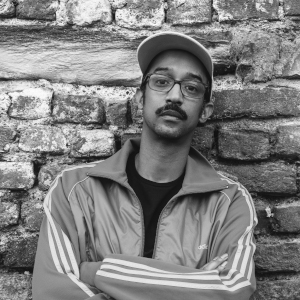 Daniele Vitrone, is an Italian-Brazilian rapper and educator born in Salvador (Bahia – Brazil), raised in Rome and living in Milan, he has been an active member of the Italian rap scene since the early 2000s. Currently, in addition to a single that will be released in February 2022, he regularly collaborated with the jazz-funk trio “Bolla Trio” in the live project “Milano Underground” with which he performes at the Blue Note in Milan. 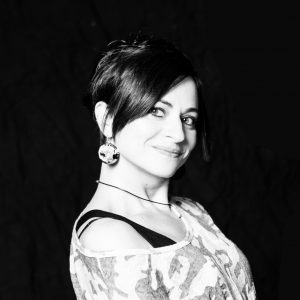 (Judge for: Best of the web / Experimemental)

is a bgirl since 1998, and visual artist with a master’s degree in Graphic Design and Visual Communication. She has developed a strong passion for anything related to video (post production, visual effects and motion graphics), in connection with Hip Hop culture and body’s expressions. She is a Graphic designer and motion grapher for TV and theatre productions.
Vicepresident of TBB/TBG Global Family (Italy chapter), and member of Hip Hopera Foundation. She approached the world of Interaction Design and Videomapping, developing projects and performances that involve both dancers and digital sets. She is a co-founder of Point2b, a dance and visual arts company. 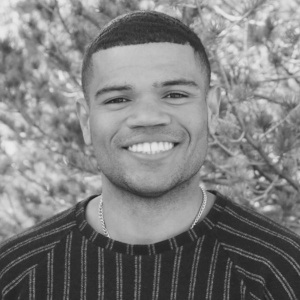 is a Albuquerque New Mexico based Artist. His recent credits include co-starring roles in NBC’s Macgruber, Tubi’s OutlawLand, and AMC’s Better call Saul. 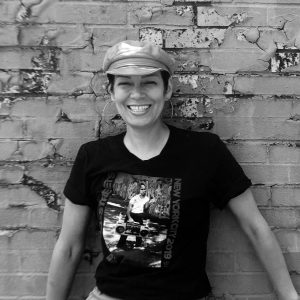 Colombian-American futurist she is a seasoned community organizer, media producer, archivist, curator, educator, and social entrepreneur. Has produced and consulted on numerous Hip Hop media projects including, Where My Ladies At? by Leba Haber Rubinoff (2007), Black August: A Hip-Hop Concert by Dream Hampton (2010), and Nas: Time Is Illmatic by One9 (2014). In 2002, MD founded the highly acclaimed Hip Hop Odyssey (H2O) International Film Festival, the first festival of its kind. She curated the first Hip Hop movie series presented by the Academy of Motion Picture Arts and Sciences and served as a guest curator at the Museum of the Moving Image and Schomburg Center. In 2010, MD launched the Hip Hop Education Center for Research, Evaluation, and Training at New York University, now part of the Universal Hip Hop Museum.

(Judge for: Best of the web / Experimental)

He is a freelance director from Hamburg, Germany. After graduating in “Digital Film and Animation”, he founded “Film Fatal“ an Association of passionate filmmakers from his hometown. He realized several projects since 2011, including feature films, documentaries, music videos and web series. 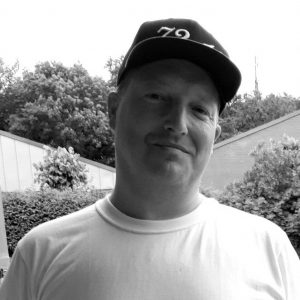 (Judge for: Documentary Short and Feature )

German Filmmaker who produces and directs documentaries. He moved to Vancouver, Canada, where he produced and directed 2 Hip Hop documentaries with the names “Hungry” and “Thirsty” and a documentary about the old east German Trabant Car, which was broadcast about 500 times in ten different countries all over the world. Between 1997-2008 he worked and lived in Vancouver as professional lighting technician of the movie industry. In 2008 he moved back to Germany to raise his kids and and start his own Hip Hop Film Festival in 2018. The Golden Sneakers International Hip Hop Film Festival in Hamburg Germany. 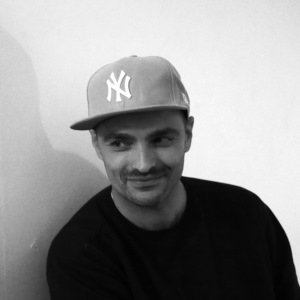 (Judge for: Documentary Short and Feature)

Born in Paris, studied Cinema at Nanterre University and Venezia Ca’ Foscari Università. He directed short films and documentaries: “Words are burning us”, “Beatbox, Boom Bap around the world”. He directed and produced his first feature “Brooklyn” premiered in Cannes, Best foreigner feature at New York Hip Hop Films Festival and Best Feature in 2021 at HIP HOP CineFest of ROMA 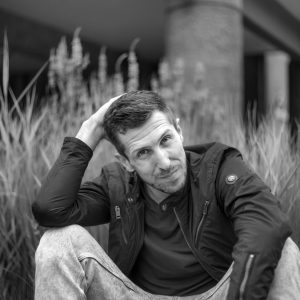 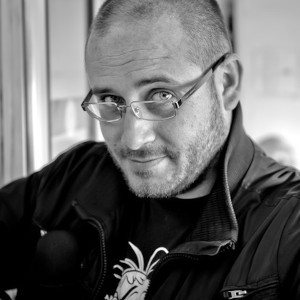 Photojournalist / videomaker from Cagliari. At the end of his artistic studies his passion turns into work and he begins to collaborate with various newspapers. He deals with news, politics, culture and entertainment, sport and reportage. Official photographer of the Nootempo Factory and the Babel Film Festival. His photos have been published in the most important national and international periodicals. He is currently editor for the Rosas Press news agency. He is photojournalism and street photography teacher at the school of photographers in “La bottega della luce”. Photographer and videomaker Typos Studio Editoriale. Director of the docu-film Ca4arts and Wicked Style 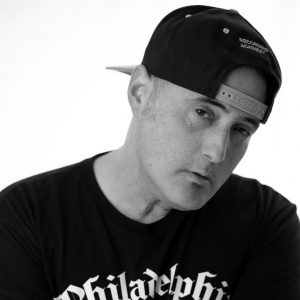 Hip hop media and distribution pioneer. He starting out at PolyGram Records distributing artists like Jay-Z, Jeru the Damaja, and Beenie Man. Rob then created one of the first hip hop websites to feature original video content www.whomag.net. Rob currently owns 3 music TV networks including WHO?MAG Multimedia (www.whomagtv.com), iFame TV, and Video Vision. As a multi-award winning film director, he has directed a movie in London as well as many in the US. Rob has received awards from Master P & Jesse Jackson, Pocono Film Fest, 3 from the city of Philadelphia, 2 from the city of Baltimore, and many more.t 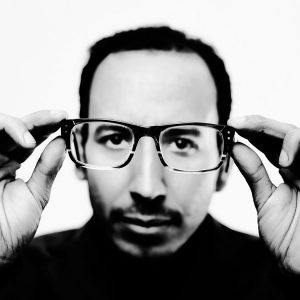 Writer, producer and director he explored different professions before becoming a storyteller in the film industry. The power of images was always the common denominator in his work. El Idrissi worked several years as a successful photojournalist in national newspapers and international news agencies until he found that to satisfy his urge to tell the stories, he needed the power of cinema. He took two years to produce his first documentary “Waiting for the Snow”. El idrissi graduated from the Netherlands Film Academy in Amsterdam in 2013 with a Master degree. Honey and old cheese Yassine’s latest short film was screened at Clermont Ferrand 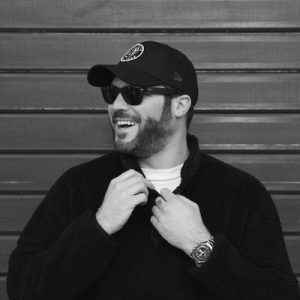 Since 2006 he transformed his love for urban culture into his work. Over the years he has opened clothing stores, managed brands, curated exhibitions and concerts, involved important names in raising awareness on important issues such as disability and social exclusion. He follows trends and changes and organizes events dedicated to this culture, choosing to be based mainly in Rome, a city for which he commits himself daily with the Ginnika team, to help it grow culturally with ideas and projects centered in the urban area. 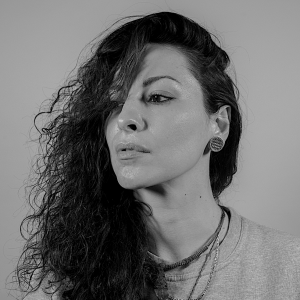 Zoe is a multi-award winning director and video editor, officially selected to many international film festivals as SXSW in 2019. She is a dancer, event curator, educator and advocate for womxn as well; with her project Womxn To The Front. Zoe is specialized in editing stories that amplify cultural narratives and raise awareness on social justice, with recurring themes of diversity and racial equality in American culture. 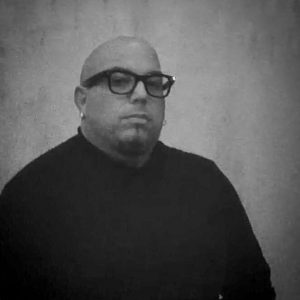 Mastafive, 31 years on the mixer, both as Dee jay and as producer, prefers the sounds Funkie Jazz, Rap, Rock in which his artistic versatility pours into the track. Growing up in the heart of Hip Hop culture, he is one of its most passionate witnesses. He Was Exponent member of Original Zulu Nation from N.Y, exponent and producer together with Deal (Mauro Bottoni) of the legendary Italian Crew Rap of the late 90s : Gate Keepaz. In 2003 he made the gold record as sole producer with the compilation “Dammi un Beat”. Founder and president of the label B.M.Records (www.bmrecords.eu) was chosen as consultant and judge of the cult program of mtv “SPIT” 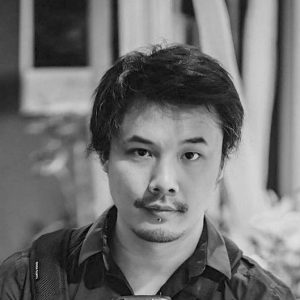 (Judge for: Documentary Short and Feature, Best of the web / Experimental)

Passionate about art, he starts his carreer in 2004; he discovered the dance milieu, which was a revelation for him. He quickly developed a unique aesthetic and was soon spotted by the agencies, companies and festivals. His works were seen worldwide and he became one of the pioneers in field of dance photographies due to his creativity and experiences. His passions for arts, creation, hybridization and cinema have sharpened his gaze for cross styles and to create differently. 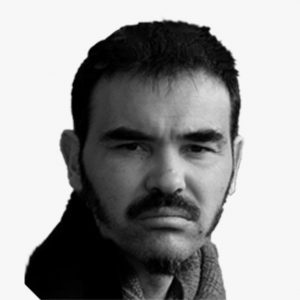 Gilles Rof, 54, is a journalist and documentary director living in Marseille, France. Correspondant for Le Monde newspaper, he works actually on politics, social, sport and cultural issues. His ten episodes documentary series with Eric Cantona, « Football Rebels », was a big hit. He directed french episode for « Phenoms » series, produced by 21st Century Fox. As a rap fan, he covered Marseille hip hop scene for more than 25 years in different papers. An experience that pushed him to direct a 52 minutes documentary « Marseille capitale rap » in 2021. 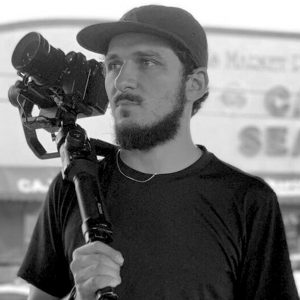 (Judge for : Best of the web/experimental)

Yoram Savion is a filmmaker, writer, and multimedia artist. His pan-genre, award-winning onscreen work spans movement-based documentation, narrative, documentary for youth- and humanitarian-centric initiatives. Savion is co-founder of Oakland, CA based YAK Films, an international media company that is a pioneer of innovative filming techniques for street dance. 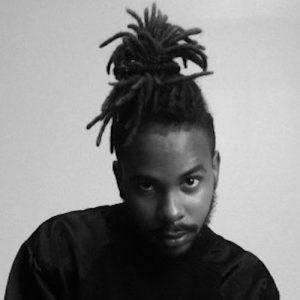 Edvaldo Raw From Salvador Bahia, is a director, photographer, colorist and screenwriter. He is currently part of the cast of directors of the international production company Iconoclast. He directed and photographed music videos for artists such as Larissa Luz, Afrocidade, Gio, Rincon Sapiência among others. He directed and photographed the official promotional video for the Mano a Mano podcast, hosted by singer Mano Brown. He signed the direction of photography for the official broadcast of the Afropunk Bahia 2021 festival. In advertising, he worked on commercials for brands such as Johnnie Walker, Spotify, Google, Apple Music and Nubank. At the age of 20, he was director of photography for the short film “Náufraga”, by Juh Almeida, awarded at the Panorama Coisa de Cinema festival in 2018.