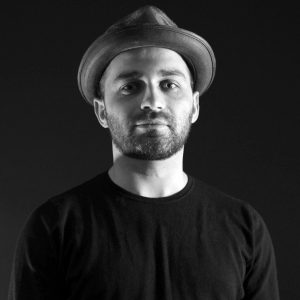 From his teenage years and throughout his twenties (2005→2016), he has been intimately involved in B-Boying culture, as an second-rate dancer, and mainly as a videographer. Within various collectives (Style2ouf, IBE, R16), I filmed battles, portrayed dancers, produced short documentaries…Unexpectedly, this teenager’s passion took me to thirty five countries, from Korea, to Brazil, Nigeria… I made videos with some of the best dancers in the world, and also with hidden talents in places like El Salvador, Qatar or Sudan. 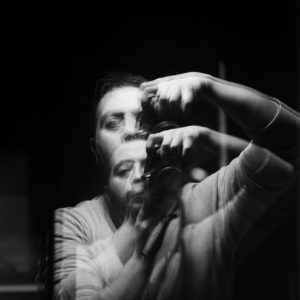 He approaches the world of Rap and Hip Hop at the age of 16, in Naples, his hometown (in 96 for those curious). At first he knows writing, a passion that he will cultivate for a few years, until arriving in Milan in 2002. His passion for photography was born in 2011 as a game during a holiday in Mexico. Only in 2015 he began to combine the two, giving life to a long-term project that led him to be the photographer of the collective MRGA (Make Rap Great Again) of which he is founder together with rappers Gionni Gioielli and Blo / B. He currently works permanently on the images of the independent label Bullz Records and is constantly researching and experimenting in the photographic and artistic fields. 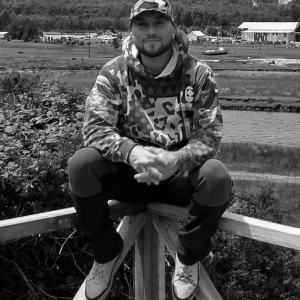 Born in Melipilla (Santiago) on 06.06.86. In 97-98 He started making his first bombing flops. His first noteworthy crew was called CLU from '98 to '02, after which he devoted himself mainly to muralism, distinguishing himself from his colleagues to be able to achieve the same result only and only with brushes instead of the usual sprays. Over the years, eventually from a hobby it became a job and is dedicated to it with a lot of passion. The current crew is called Sin Atao and is made up of 4 writers and a bgirl. 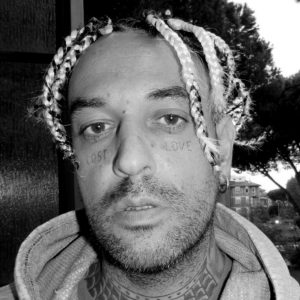 Born in Rome on 05/03/1982. Self-taught, he approaches art through writing, following and immortalizing part of the Roman scene from 1997 onwards. In this period he takes more than 15,000 photos between disposable and compact cameras of all kinds, including Advantix (APS) for a long period. In 2006 he began painting on canvas with acrylics mixed with markers, while still maintaining his powerful passion for bicycles, which he will then, in the following year, embark on his current career as a tattoo artist. Since 2016 he has combined the most urban photography of the past with the trends and styles of the moment, starting a parallel path between graffiti and fashion, thus merging models with new street and non-street styles, with the most cult locations of the Roman underground scene. 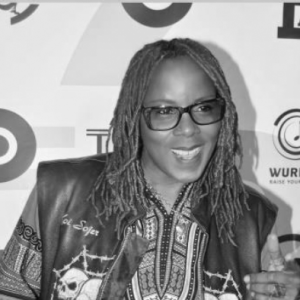 Celebrity hip-hop photographer who has over thirty years of experience in the industry and is the owner of Snap’N U Photos. Taking her mother’s advice, Koi began her profession as a photographer during the New York Hip-Hop movement of the 1990s. This young, self-taught, and ambitious photographer was able to gain access to the exclusive New York underground music scene. In 2008, Koi left New York City for Los Angeles. She picked up digital photography and started working with photo agencies. Koi was able to gain experience working at Red Carpet events, award ceremonies, movie premieres, and private VIP parties. This multi-talented United States Army Veteran uses her “gifted eye” to capture her subjects and tell amazing stories. Her belief that “creativity is everything” fuels her passion and drives her to share her talents with the world. 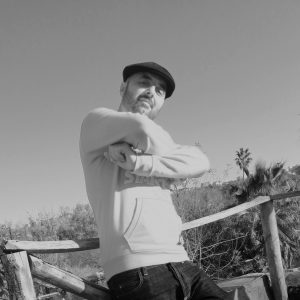 Raffaele "Lello" Raia aka LEHLLU, born in Naples in ‘77.
Starts to get close to the Graffiti scenario at age of 15 and soon after he starts to draw on paper (along with other surfaces, materials, digital art etc.) on which he created his own ironic style, always focus on details, most of it are caricatures.
At the moment still a TBB Global Family member along with Hip Hopera Foundation.Always on search for new documents and reports with the objective to enrich his own Knowledge on the Hip Hop Culture, like an evergreen student. 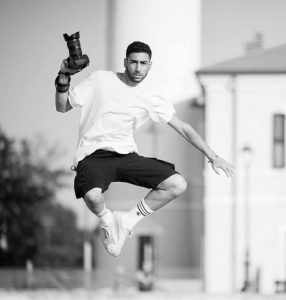 Photographer and dancer born in 1997.
Passionate about photography since he was a child. After finishing high school he devotes himself entirely to it.
He photographs the dancers to give greater credibility and importance to what they do, because even dance is an art that requires refinement and passion.
Composition, light, importance of colors, emotions, movement in relation to the environment and atmosphere are the determining elements of his photography. 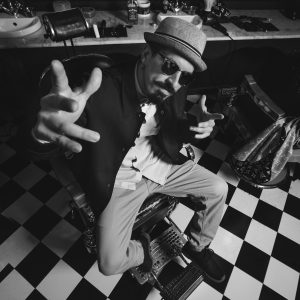 A multifaceted and creative artist who has made his passions his profession.
Since 1999 he has been passionate about Breaking and with his renowned crew "Break the Funk" he wins various contests including the Best Show as the best choreography in the world at the Battle of the Year International in 2004.
In 2016 he founded The Den in Ravenna, the multifunctional artistic space that gives space to courses in Hip Hop, Breaking, Airborne Textiles, art exhibitions, workshops and photographic sets.
The attraction for art sees him specialize as an advertising graphic and photographer at the most important national Urban events. 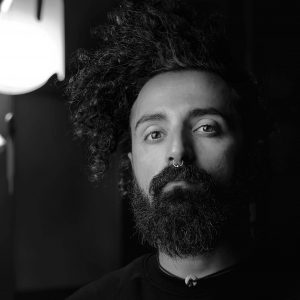 The photos represent different fundamental aspects of breaking, the lightness, introspection and strength. Through the music we get in touch with ourselves we dig deep until we arrive at what is the true origin of the flow, what differentiates a bboy from the other, the personality of each of us that manifests itself while we dance. And it is during this phase that you feel immensely strong and immensely light, the moves, the freezes but also the footworks and the toprocks are nothing but visual representations of sensations and emotions. 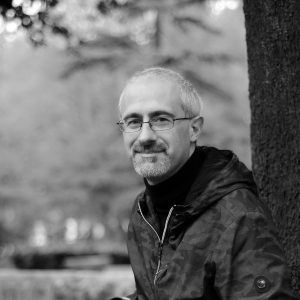 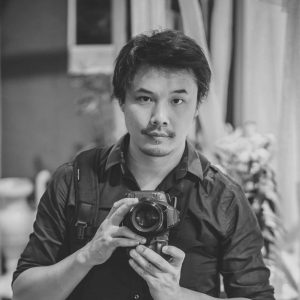 
Passionate about art Dominique Shine starts his career in 2004 at the time he discovered the dance milieu, which was a revelation for him. He quickly developed a unique aesthetic and was soon spotted by the agencies companies and festivals. His works were seen worldwide and he became one of the pioneers in field of dance photographies due to his creativity and experiences.His passions for arts, creation, hybridization and cinema have sharpened his gaze for cross styles and to create differently. His links to numerous partners and collaborators have always perceived his potential to innovate, create new formats. It is convinced that the multi-disciplinary exchanges are the future, he likes to combine forms with substances in his projects. 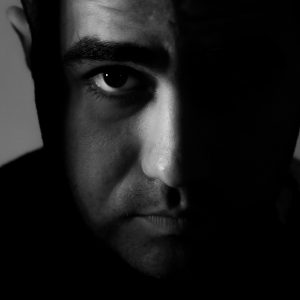 Born in Rome in 1991. He approaches art by attending the Roma1 art institute and then enrolling at the film institute Roberto Rossellini (Rome). In 2008 he discovered photography. From that day on, he observes the world with different eyes. 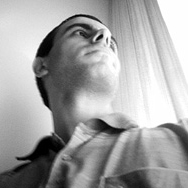 Born in 1980 in Cagliari (Italy), he graduated in Political Science.
Since 2004 his comics have been published in several fanzines and magazines.
In 2009 he took part in Blog&Nuvole, initiative in collaboration with La Triennale di Milano.
In 2012 Marco obtained a Master’s Degree in New Media Communication at the European Institute of Design in Cagliari, where – the following year – his first solo exhibition took place. 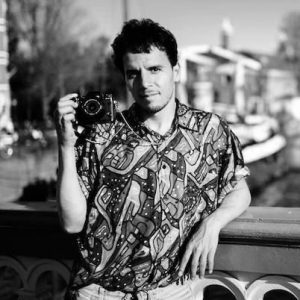 He is a Casablanca-based photographer and performer artist. He started playing chess at five years old, leading him to fall in love with mathematics. By the age of 16, the influence of Hip Hop culture paveda new path in his life, leading him to become a break-dancer. The unique blend of his Arab-North-African heritage, strategy of chess, and his love for dance led him to one-of-a-kindmethods of experimentation through photography.He has been exhibited across the world, including in the HERMÈS Foundation in Paris, 836mGallery San Francisco, The History-Miami Museum andAfrika Museum, Berg en Dal.In 2020 he curated Sourtna, the inaugural exhibition of Morocco’s National Museum of Photography.During the Corona Pandemic, Yoriyas got selected by The New York Times as one of artists to follow and received the COVID-19 Emergency Fund from National Geographic