Here we are! Our wonderful crew! 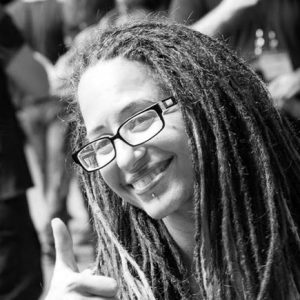 Polyhedric figure active in the Italian independent movie industry. Member of Wild Up b-girl Crew, she has always been active into the hip hop community. She organized many international Hip Hop youth exchanges supported by the EU, and events as the b-boy event for 3 years, the funky afternoon and many hip hop parties and events in clubs and social centers. She directed two hip hop documentaries “1 world under a groove” and “Break the siege” and the video experimental “The antisexist manifesto in the Italian rap.She is one of the founder of Baburka Production, an independent production based in Rome.She is also one of the founder of the first Italian SFX makeup association “EffectUs” and the promoter of the independent cinema productions network “Il Cartello degli Indipendenti”. Moreover she is the art director of the HipHopCineFest.org. 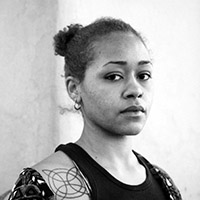 Born in 1994, Roman, approaches hip hop culture in her teens, joining the Termini Underground crew (Rome). She studies for two years the different dance styles - lockin ', poppin, breakin, new style - under the guidance of the teacher Brancy Osadare. She has been selected in the very first edition of the Officina delle Arti Pier Paolo Pasolini school as singer, she continues her musical project as a partner of the Fallout Studio. 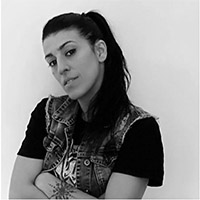 Professional dancer and choreographer of Street dance, stand up and break dance, member of the Wild Up Bgirl Crew. She took part in multiple national and international shows and contests and her experience spans from live performance, theater shows till the art education through the break dance. Socially engaged, she organizes international exchanges and participates in various social shows for world peace. Among her works we remember the participation in the Lions’ Gate Movie “Crew to Crew”, the theater show Hip HopOpera Dr J&H as female protagonist. 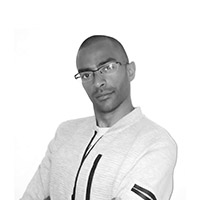 Computer science doctor with more than ten year of experience in the field. In 2017 he founded the PC-go project and ventured into teaching computer science for everyone. His experience ranges from website programming to animatronic products and industrial robots, from prototyping with Arduino to social media management, Linux systems and web streaming. 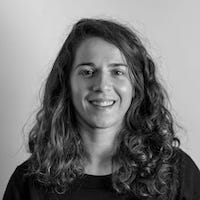 Art has always been part of her life. She graduated in classical and modern dance. She decides to continue her studies in the art field and take a Bachelor Degree in Communication Science and a Master’s Degree on Theater, Cinema, Dance and Digital Arts. She now works as press office for Baburka Production. 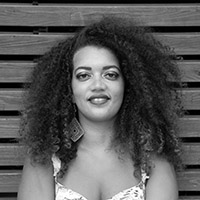 She grew up in Rome, daughter of art, for years she has been involved in the production and organization of cultural and artistic events. She has the double Italian and Brazilian citizenship and speaks 6 languages fluently. Recently she collaborated with Baburka as host and organizer to create a new live performance format and keep working with the company through her multiple production skills. Specialized in diversity management, she has worked as a fixer and mediator in major international productions, including NBC and VICE. 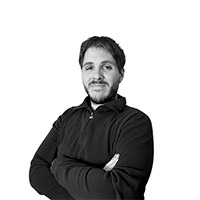 He graduated in Graphic Design at the Art Hig School of Latina, during his studies he started to go deeper in the world of videomaking. After his studies, he mainly collaborates with Roman companies for which he takes care of the graphic part of social media. Deepening in the study of videomaking over the years in 2019 he decided to get through the 3D modeling. He now works in the Baburka Production’s Graphic department. 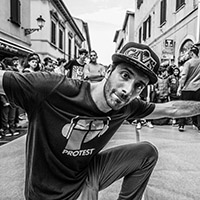 Bboy from Grosseto, founding member of the Maremma Flava Crew, he started to dance in 2002. He participates in numerous competitions with great results and given his experience he judged numerous competitions in Italy (Pisa, Ostia, Spoleto, Milan and Grosseto) and abroad (such as the Risk Battle 2016 Austria). Organizer of events as the Bboy Event 2008-10, the Funky Roots 2010-11, New Challengers, he also participates in numerous Hip Hop projects promoted by the EU, in the Hip Hop documentary production of Baburka and in Hip-Hop talk show as a guest (2014-16) at the IBE. In 2014 he created the Break Down Project which offers to the youths the opportunity not only to learn the discipline, but also to participate in shows, competitions and trips.